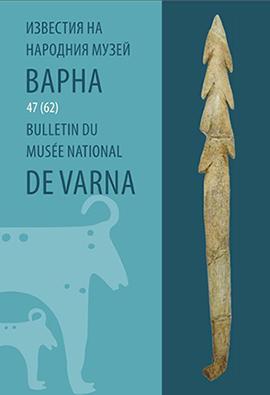 What is the grammatical role of the last element in the Bulgarian constructions like Известия на Народния музей Варна? The French translation suggests it might be a genitive (de Varna) with just the preposition omitted, is it so? Or is it rather a complement as sometimes found in other languages, like National museum, Varna? What is the perception of average Bulgarian speakers? How old this construction is? Did it already exist in the 19th century when those institutions of the modern society were first installed?

Another similar case, this time with counterparts in Romance, is театър „Иван Вазов“ or улица „Професор Атанас Иширков“. Is it meant to be a name of the place like Piccadilly or Montmartre, or again a special kind of genitive (George Floyd square)? How old is this one? A 19th century French calque or older?
D

Bulgarian
I perceive them as National museum, Varna. The name of the street and and theater are just that as well - a name.
A

DarkChild said:
I perceive them as National museum, Varna. The name of the street and and theater are just that as well - a name.
Click to expand...

I have found къща-музей Никола Вапцаров on улица „Ангел Кънчев": without quotes on Google Maps but with ones, as „Никола Вапцаров", on the museum site (by the way, these quotes, when copied here, have turned out to be conveyed with different Unicode symbols). Is this absence/presence of quotes of any importance?

Is the genitive (overt or implied) ignored altogether in Bulgarian onomastics? Is something like *къща-музей на Никола Вапцаров or *улица на Хан Аспарух possible and actually used?

What is the grammatical difference between the above and улица „Солунска", which certainly is a relational adjective, and thus a genitive equivalent (why not *улица „Солун" as булевард „Витоша" nearby)?
Last edited: Jun 27, 2021
D

Bulgarian
I don't think quotation marks change the meaning at all.

Къща-музей на Никола Вапцаров is used all the time because that's his house and the museum is dedicated to him.
Улица на Хан Аспарух is definitely not a way of talking about a street, unless it actually belongs to that person.

Both улица Солунска and улица Солун are possible. I think the adjective form is reserved for bigger and more centrally located streets, while the latter could be a small street anywhere.

I should say, though that I'm not sure how much people associate that the adjective like Солунска is actually characterizing улица. I may be wrong but I believe most people think Солунска is just the name which happens to be an adjective, and not a description of the street. I don't know if that makes sense.
A

On this map of 1908 we indeed find улица Солунъ. I wonder what was the motivation to convert this name into a relational adjective later.