chinese
Hi,
Here are some words from the novel Lady Chatterley's Lover(para. 341, chapter 10) by Lawrence(the University of Adelaide,here):
‘It’s got hair just like spider-webs, and bright orange, and the oddest, cheekiest, pale-blue china eyes. Of course it’s a girl, or it wouldn’t be so bold, bolder than any little Sir Francis Drake.’
‘You’re right, my Lady — a regular little Flint. They were always a forward sandy-headed family,’ said Mrs Bolton.

I guess forward means "bold", and "sandy-headed" means "orange-headed". But Chinese versions translate sandy as "with a lot of hair".

So what's the meaning of forward sandy-headed please?
Thank you in advance

chinese
Got it. Thank you a lot.

London
British English
'Sandy-headed' means light ginger sometimes and more politely called red hair a reddish blonde. That's where the reference to Sir Francis comes from. Several portraits show him with a very ginger beard and moustache and auburn hair on his head. Auburn is a sort of reddish brown. He also had the blue eyes typical of this colouring, very bright if the portraits are correct.
The child is described as having orange hair and pale blue eyes.

'Forward' does mean bold as well as advanced (for her age). It could have a pejorative sense but why talk of a child pejoratively.The word 'cheeky' is used several times when describing her. It means impudent or rude, but how can a child have 'cheeky' legs.
People with red hair are said to have short tempers and strong personalities.
I think I'll see now what colour hair Lawrence had.
Last edited: Jan 23, 2016

London
British English
There are amusingly differing accounts of Lawrence's hair colour. A few recall his head hair as red. David Garnett said it was "bright mud with streaks of red in it". Rebecca West said it was 'a pale luminous red' and another said it was 'bright red'.
He himself responded to someone who remarked that he- with red hair like his- would of course have a temper, by announcing that his hair was not red but his beard might be red. Everybody seems to agree with him that his beard was red.

Those who remembered him as red-haired were also those who thought of him as an outsider, hot-tempered and badly behaved, according to DH Lawrence: A Reference Companion, Paul Poplawski, John Worthern, from which the other information is taken.


Most sand is not red!

==
Note to Long. I agree that in the context quoted, 'sandy' apparently means reddish, but in present day AE, I do not think that's the case.
Last edited: Jan 23, 2016

Greece
British English (Sussex)
In his Flame into Being, novelist Anthony Burgess stated that D.H. Lawrence had blue eyes, but didn't mention the source of his information. Red hair and blue eyes - a rather unusual combination.

Sandy for me is light brown, or blondish-brown, but probably with a reddish tinge. 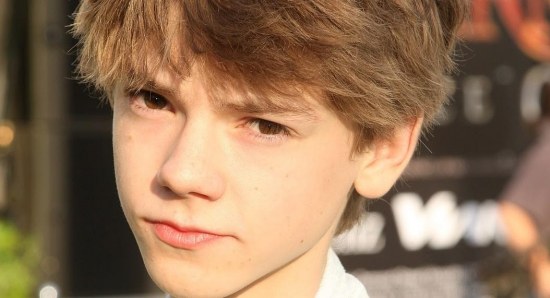 London
British English
This novel is set in England and was written by an Englishman.
'Sandy-hair' means reddish-blond; full stop, period,no disagreement. Who's to say what the colour of sand is?
Sandy-haired, slightly- red haired, a bit ginger, strawberry blond, all mean blue-eyed to most people in England.

Sometimes I wonder if I live in the same world as everybody or anybody else.


It's odd that on the 'net, it's often said that most natural redheads have brown eyes,
Click to expand...

I couldn't care less what the 'internet' or Wiki says. My British, European and North American experience of people I would call 'red-heads' or 'sandy-haireds' is that they usually have blue eyes.

What on earth does "most natural redheads" mean? The only red heads I knew in NYC were Jewish, as it happens. I met no redheads I knew to be Irish or Scottish (Celts) in NYC, not even in Paddy's Irish pub. I have personally encountered a couple (two- ish)of brown-eyed 'red-heads' in my whole life, which has been spent in England, northern Europe and NYC. One was German in Germany and the other was Jewish-American in NYC

This sort of colouring is often referred to as 'Titian'.

The 'bottom line' is how to explain what Lawrence wrote in his book.

Now, Ontario, Canada. California; Princeton, NJ.
English (American).
I believe that what 'sandy-headed' means to current speakers of English, not in the UK, is relevant to the discussion.
C

California
English - US
The topic of this thread is the description of the family as 'forward and sandy-headed'. People have agreed with longxianchen that 'sandy-haired' refers to the color, and not to the amount of hair.

It is notoriously difficult to identify the significance color words, but it should be possible to discuss them politely.