hungarian
Hello. Could you please tell me if the "rug" in the joke "a little rug burn never hurt anyone" refers to an actual floor covering or to pubic hair? Thank you.

UK
English - England
It refers to a rug on the floor. I've heard "carpet burn" in the same context before.

Having vigorous sex on a rug/carpet which causes the person, presumably underneath, to get skin burns from the friction.

Yeah. Generally, it refers to the carpet on the floor. But I don't see why it can't be used jokingly to refer to body hair as well (not necessarily pubic hair). Making out with a guy with some stubble can cause rug burn on your face. Doing other things a little farther down south can also result in rug burns.

Scotland
German/English bilingual
Is there supposed to be some connection between these four bullet points, or are they unrelated?
Perhaps I've had too sheltered an upbringing, but I don't understand the Visa part.

hungarian
I think they are unrelated "dirty" jokes. The one about Visa is probably meant to be a joke if a guy says it to his girlfriend/wife before making love to her. As if he was simply "paying" for it (like with a prostitute or something).

Boyfriend/Husband to his girlfriend or wife before having sex: Do you take Visa?

London
British English
I'd decided it was a malapropism for 'Viagra'. I'd also decided they were comments made by women to men.
The 'rug burn' is something I've been wondering about, given current personal grooming obsessions.
I'd better go and find something more intellectually rigorous to clean out my mind.

Northern California
English, USA
Many decades ago "rug/carpet burn" usually meant sex at the office, either between co-workers or boss and secretary. Who knows what it means now.

Brittany, NW France
English (Midlands UK)
My guess is that all these are "Four things you should never say before/during/after sex".

This is an old joke, and is meant to be said by a customer to a prostitute on the street, where payments were always made in cash so that transactions were non-traceable. And also, prostitutes as individuals never used to have the ability to accept payment by credit card anyway. (I'm sure they probably do now in certain places around the world especially where prostitution is legal.) The joke is that the customer doesn't have any cash on them and is asking the prostitute whether they take a credit card instead. (This joke was around long before the era of mobile/hand-held card readers. When I first heard it the only card readers were seen at the counters in shops and airports etc.)

Trochfa said:
... prostitutes as individuals never used to have the ability to accept payment by credit card anyway. (I'm sure they probably do now in certain places around the world especially where prostitution is legal.) ...
Click to expand...

Why legal? In New York in the 1980s some "escorts" were paid by credit card (the Cachet agency for instance, see Sydney Biddle Barrows - Wikipedia).

There is an ancient prostitution carving carving in Ephesus "Heart - woman - cross - left foot - oblong", which one tour guide interpreted as "If you want to make love with this woman, turn left at the crossroads. She takes Visa" 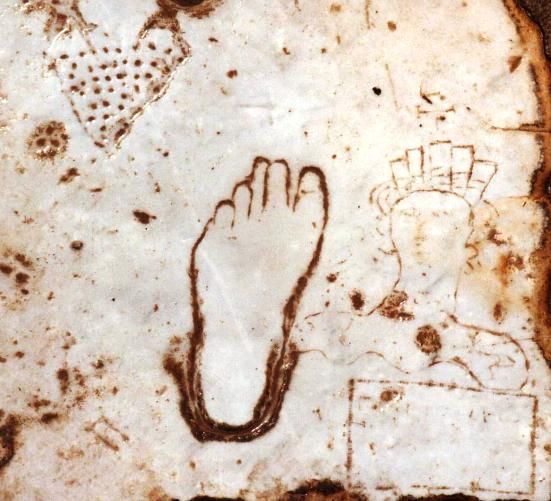 UK
English - England
I understand what you are saying Keith, but I did say "especially where prostitution is legal". I didn't say that it couldn't or doesn't happen where it is illegal.

I was also talking in a relatively modern context regarding credit card payments rather than systems that might have been used in ancient civilisations. My comments weren't meant to cover absolutely every prostitution payment scenario since the dawn of time.

My comments were based on the setting which the joke had been given when I read it originally in Britain in the 1980's. It was about streetwalkers, who in Britain at that time would not, in the vast majority of cases, have been able to accept Visa or any other credit card. Also, in the 1980's payment by credit card was seen to be quite a thing of status, hence it was rather funny to hear it in conjunction with payment to a prostitute.

Obviously, as I said in post #10, the joke can be interpreted in various ways, especially now that time has moved on.