above the hissing boom of the larchwood, that spread its bristling, leafless, wolfish darkness on th

chinese
Hi,
Here are some words from the novel Lady Chatterley's Lover(para. 18) by Lawrence(the University of Adelaide,here):
But the icy little spring softly pressed upwards from its tiny well-bed of pure, reddish-white pebbles. …… The new keeper had no doubt put in fresh pebbles. She heard the faint tinkle of water, as the tiny overflow trickled over and downhill. Even above the hissing boom of the larchwood, that spread its bristling, leafless, wolfish darkness on the down-slope, she heard the tinkle as of tiny water-bells.

Well, the sentence in bold is a little difficult for me to understand. What does "hissing boom" and "wolfish darkness" mean please? And I feel the "down" in "down-slope" and the "as" in "as of" are both redundant, because a slope is certainly a "up-slope" or "down-slope", and "tinkle of tiny water-bells" is more natural than "tinkle as of tiny water-bells".

The larch (a tree) grows in abundance in dense forests around here as well as in other parts of the world and apparently Lawrence wants the reader to think of the rustling leaves as "hissing," and perhaps the limbs banging together as booming.

"Wolfish darkness," apparently trying to create an image of a dark and forbidding forest, is interesting because of the change in attitude in some areas regarding wolves.

The wolf is one of nature's most efficient killing machines. In literature it is often used as as a symbol of evil and danger, e.g. Little Red Riding Hood.

In recent years, however, attitudes have changed (mostly among American city dwellers who don't mind that wolves kill off elk, deer, cattle, pets etc.) and wolves are regarded as beautiful animals that should be reintroduced all over the United States. Therefore, the wolf metaphor probably would not work in today's literary world.

chinese
Really thank you for your detailed explanation. But how do we understand the "as of" in the quotation please? And now I have understood that the author used "down-slope" was because the forest was on Connie's way home when she's going down the hill.

Oregon, USA
USA English
"Down-slope' just means "down the hill." It's a common expression in hilly country and there's no implication of "going home."

I have no idea what Lawrence means by "water bells."

I doubt it means THIS.
L

chinese
Thank you again, sdgraham. But I'm not allowed to open the link

sdgraham said:
I have no idea what Lawrence means by "water bells."

Oregon, USA
USA English
I think you do have some search engine available for "water bells," no?

Oregon, USA
USA English
Perhaps this will work for you: 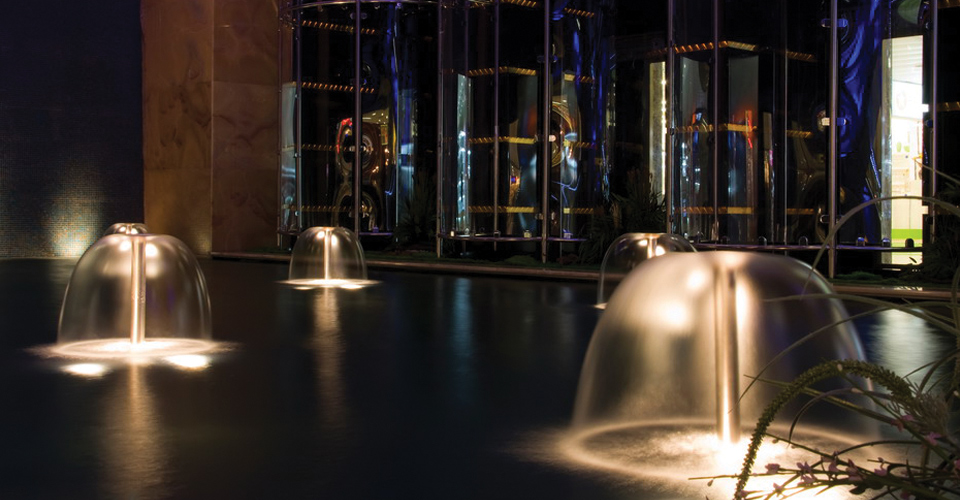 chinese
It's really like a bell. You are so imaginative. But here is another question:
The last sentence in the quotation says the sound of the spring is so loud that Connie can hear it, while the previous sentence says "She heard the faint tinkle of water". I feel they are contradictory.

It might have been handled differently, but I wouldn't worry about it.
L

sdgraham said:
I think you do have some search engine available for "water bells," no?
Click to expand...

You are really helpful. Thank you so much. But just want to tell you that most of the websites of west counties have been blocked by our rubbish government, such as google, facebook and youtube.

longxianchen said:
You are really helpful. Thank you so much. But just want to tell you that most of the websites of west counties have been blocked by our rubbish government, such as google, facebook and youtube.
Click to expand...

That is indeed sad Fortunately, you still have access to the wealth of information here, through the WRF search box.

If it is any comfort, to echo sdg's comment, Lawrence is not easy for most native English speakers - the words in the imagery often have their "normal" meaning (as in the dictionary) and the reader is left to create the mental image Lawrence had in mind when putting the words together in such unusual ways. (It's called creative writing )

Greece
British English (Sussex)
One way of reading it:
I suppose the hissing boom of the trees is caused by the wind, but they are some distance away. The tinkling water is close to her, so she can hear it distinctly. The tinkling of the water is reminiscent of the tinkling sound of little bells.
You must log in or register to reply here.
< Previous | Next >
Share:
Facebook Twitter Reddit WhatsApp Email Link
Top