artists in the context of Nazi Germany

Context:
In effect, the relationship of the Docklands posters with the historical avant-garde extended beyond practices associated initially with the USSR to those developed by politically radical artists in the context of Nazi Germany. However, what was essentially at stake in both of these historical contexts, as well as in the Docklands poster campaign, was the need to communicate quickly and effectively. The imagery and texts used needed to be straightforward and explicit, delivering short incisive messages, in the manner of advertising or propaganda (Art and Advertising by Joan Gibbons).

Cumbria, UK
British English
It does not appear to say. The political radical artists must have had something to do with Nazi Germany, which could mean the first two of your options (the third is not ruled out, but I don't think it provides a strong enough association), but it could be that these artists had been persecuted by the Nazi regime or had been forced to leave Germany.

Blue Apple said:
those developed by politically radical artists in the context of Nazi Germany.
Click to expand...

Politically radical = communist; left-wing; socialist, etc. Thus the artists referred to would be using their skills to oppose National Socialism. 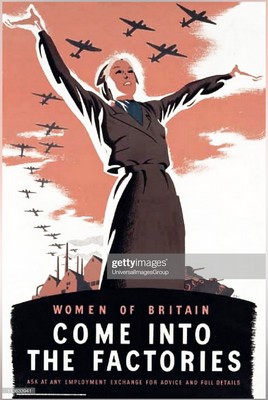 The converse of "radical" in a political context is "reactionary".
Last edited: Jul 27, 2019
S

Edinburgh
UK English
I suggest you re-read the two sentences preceding the section which you quote - the use of 'in effect' links back to those sentences. Reference is made to 'German artist John Heartfield' (who escaped in 1933) and to an obviously anti-Nazi work.

('Radical' can be used of people on the political right and has been used about Nazi ideologues.)

Szkot said:
('Radical' can be used of people on the political right and has been used about Nazi ideologues.)
Click to expand...

Edinburgh
UK English
It's off-topic, but perhaps you could google 'radical Thatcher' or even 'radical Trump'.