Would you refer to the packaged powdered ingredients as cake mix or cake mixture?

I'd appreciate your help.

The City of New York
USA - English
In American English, it is a "cake mix", just as it says on the box: 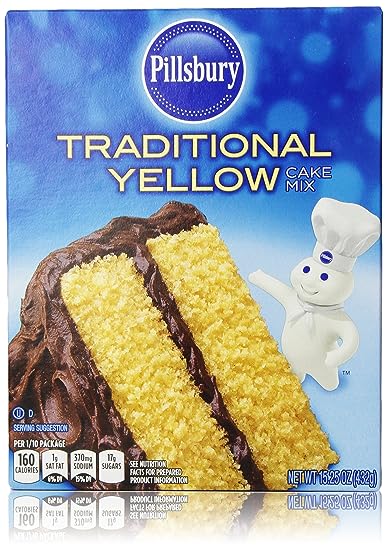 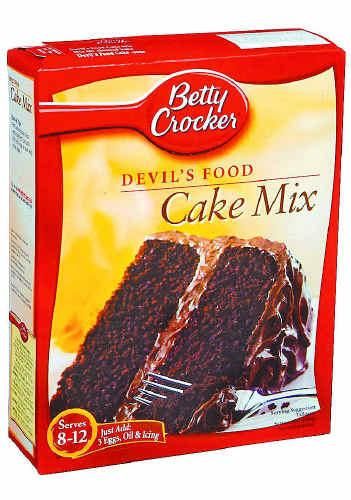 Escocia
Inglés británico
As nouns, they're synonymous, but I think the difference is geographical - a Brit would be more likely to say "mixture", but "cake mix" is more common in the US.
Last edited: Jul 21, 2017
R

Dretagoto said:
As nouns, they're synonymous, but I think the difference is georgraphical - a Brit would be more likely to say "mixture", but "cake mix" is more common in the US.
Click to expand...

I suspect the difference, which I am by no means certain of, is that "cake mixture" refers to cake mix with water added, while "cake mix" refers to the powered form before water is added. Can someone tell me if this is the case?

Oregon, USA
USA English
A mixture does not have to be wet.

If I put cake flour, baking powder, salt, etc. together in a bowl, it's a "mixture," even before I add milk or water.

El Paso, TX (raised PA, ex New Yorker)
English USA
I'll ask our British friends whether or not the equivalent box of an equivalent product proclaims it as "Cake Mixture" before anything is added.

Aside from that, the dry product inside the box is, in AE, the "cake mix."

"cake mixture" is a much broader term referring even to from-scratch homemade cakes. EX cake recipe: "In a bowl, blend two eggs with one cup of sugar, then gradually add two cups of sugar. To your mixture now fold in chocolate chips..."

As the others have said, a 'cake mixture' is something I make from scratch.

london calling said:
I call it 'cake mix' as well.
As the others have said, a 'cake mixture' is something I make from scratch.
Click to expand...

My wife would have to be hauled across white-hot coals before the words "cake mix" passed her lips. She makes cake mixtures most weeks.
L

Andygc said:
My wife would have to be hauled across white-hot coals before the words "cake mix" passed her lips. She makes cake mixtures most weeks.
Click to expand...

Escocia
Inglés británico
I've never seen anything like that Postman Pat thing before here. Admittedly it's not the sort of product I'd ever look for, but the few times I've ever seen it in shops it's always been a US import, such as Betty Crocker. I don't think such products are at all common here.

(Slightly tangential, but the mixture for a cake, made from scratch, can be called "mixture" in the UK, but "batter" is also common, and definitely not "mix").
L

Salerno, Italy
UK English
You presumably never shop in Sainsburys, then? From their website:

Batter to mean mixture is becoming common, but as far as I'm concerned it was borrowed from the Americans: batter to me is for English pancakes and cod.

Escocia
Inglés británico
I shop in both, but never ever look for things like that, so never notice them

Batter to me also suggests pancakes first, but it never occurred to me that "cake batter" was a US term - it's always sounded natural, if less common, to me.
Y

Australia
Australian English
I've never used them (I also make mine from scratch) but they're called 'cake mixes' here too.

El Paso, TX (raised PA, ex New Yorker)
English USA
I wouldn't actually say, though, when talking about making a cake, "I made a cake mixture."

(At least for some people of my generation I think the default understanding of that means "from scratch". Younger people might be prone to asking, though, "Yourself, or from a mix?" so antiquarian might be the idea that some people actually cook or bake anything at home.)

I'm not such a purist that I've never used a mix, but those were rare occasions and the taste and results were always disappointing, reeking of vanillin and other artificial ingredients. (Other added chemicals do always give you a nice texture, though, but...)

I did mean, though, that in written recipes in AE cookbooks (cookery books in BE?) of course the instructions have to refer back to the mixture. It's also true that in AE, batter is used for cakes or any kind of thick pourable dough, in addition to the other meaning of an external coating for frying foods.
L

Dale Texas said:
I wouldn't actually say, though, when talking about making a cake, "I made a cake mixture."

I think what we're saying is that if you buy the pre-prepared stuff in packets it's known as 'cake mix', not 'cake mixture', which is what a recipe would say or what we might say if we were to refer to a cake we are making.

Just some examples of UK usage for the OP.

Source: The Guardian, I quote:

Take the sugar and fat and beat together until the mixture reaches a fluffy consistency similar to whipped cream.

Take a break from beating and collect some of the mixture on your finger to taste. Notice how the smooth buttery flavour hits your mouth first, and then the sweetness comes in as the gritty sugar dissolves in your saliva. Notice that the mixture is lighter and softer than butter on its own: this is all the air you have incorporated.

In the US they would say 'batter', which for me is something completely different, although as I said above it is becoming common in the UK too to mean a pourable cake mixture. That said, see the 'classic' British usage of 'cake mixture' here (source: allrecipes.co.uk), I quote: