After doing a lot of research I found two dictionaries (Longman for Brazilians and Merriam-Webster online) that say that "comic" meaning "comic book" (a magazine that is made up of a series of comic strips) is typical of British English. In American English I should use "comic book". My question: Are these two dictionaries correct? Is the word "comic" (noun) in the context I provided typical of British English?

An example that I created: ''I was reading a comic when she arrived.''

I've seen Marvel Comics, which as an American Company. I think these dictionaries may be wrong.

Thank you in advance!

Brittany, NW France
English (Midlands UK)
"I was reading a comic when she arrived" is a perfectly correct British English sentence. To use "comic book" would sound American to me. (These aren't books after all - typically 20-30 pages and soft covers.)

Singapore
English (Singapore/UK), basic Chinese
I'm fine with comic on its own to refer to a magazine or book. Both the Random House and Collins dictionaries include this use.

A small town with four small hills
Portuguese - Brazil
Thank you very much.

I had found it unlikely at first, since Americans tend to use shorter words and there is the American world-famous Marvel Comics. Marvel (American) used a British word - in this case.

Fresno CA
English - Northeast US
In AE, the standard countable noun is "a comic book" but people often shorten that noun phrase to "a comic". In a long discussion of comic books, the word "book" isn't repeated.

But "comic strips" ("the comics") in AE also refer to individual groups of 1 to 5 panels, in newspapers. They have been in newspapers for at least 100 years. Comic books (the same thing, in a collection in a booklet) first became popular in 1933.

AE speakers usually rely on context to tell the two things apart (a comic book, newspaper comics), or use "comic book" to be clear.

Xavier da Silva said:
An example that I created: ''I was reading a comic when she arrived.''
Click to expand...

You are right that in AE this could mean a comic book or a comic strip in a newspaper.

Cumbria, UK
British English
Children in Britain have comics, flimsy magazines that are usually thrown away after being read. I would be a little hesitant to use "comic" for something aimed at adults and expected to be kept. "Comic book" is used in Britain for adult comic magazines, and this might be better, but I agree with dojibear in post #5.

There are also "graphic novels" which are (usually) in book format rather than being a magazine. As far as I know, they are not called anything else in BrE.

A small town with four small hills
Portuguese - Brazil
Thank you all very much.

Sonoma County CA
English (UK then US)
I grew up in the UK and still speak (mostly) BE. A comic is made of paper while a comic book would be a series of comics bound together in a book form (with hard cover, usually). These would appear as "Annuals" - published in hardback by the company that produced the weekly paper versions Beano and Beano Annual would be examples

USA, English
I read "comics" when I was a kid. I was sweet on Betty Cooper from the Archie comics. (I think we always used the plural form.) 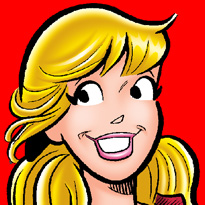 Australia
Australian English
I used to work for a magazine, book and stationery wholesaler in my teens. They sold ‘comics’. The Archie comics were very popular.
You must log in or register to reply here.
< Previous | Next >
Share:
Facebook Twitter Reddit WhatsApp Email Link
Top