Does "de" in front of a last name indicate noble origin in Dutch?

I know that Tycho Brahe was Danish, but can the word "de" come from Dutch to indicate his noble origin, linguistically? In other words, does "de" in front of a last name indicate noble origin in Dutch?

He knew some people from Holland. There were his architects: Hans van Paschen, Hans van Stenwinkel, both from Nederlands.

Toscana (Tuscany)
Italian
What does the Danish astronomer Tycho Brahe have to do with Dutch surnames with de?
P

Czech
The question is the origin of the "de" word in his last name. It appears in more languages, e.g. Dutch, Italian.

Rotterdam, The Netherlands
Dutch [&] Cape Verdean Creole
I don't get it. Is 'Brahe' the last name? Because there is no 'de' in there.

But to answer your question, 'de' is not noble. A lot of names with 'de' (the) are followed by a profession or other description of the person, but I'm not sure if that's always the case. Names like De Boer, De Bakker mean the farmer, the baker. De Jong, De Roo(d) = The Young (one), The Red (one).
P

Czech
Brahe is the last name, but at many places it appears with "de" in front of it. Here is a photo of his residency in Prague: 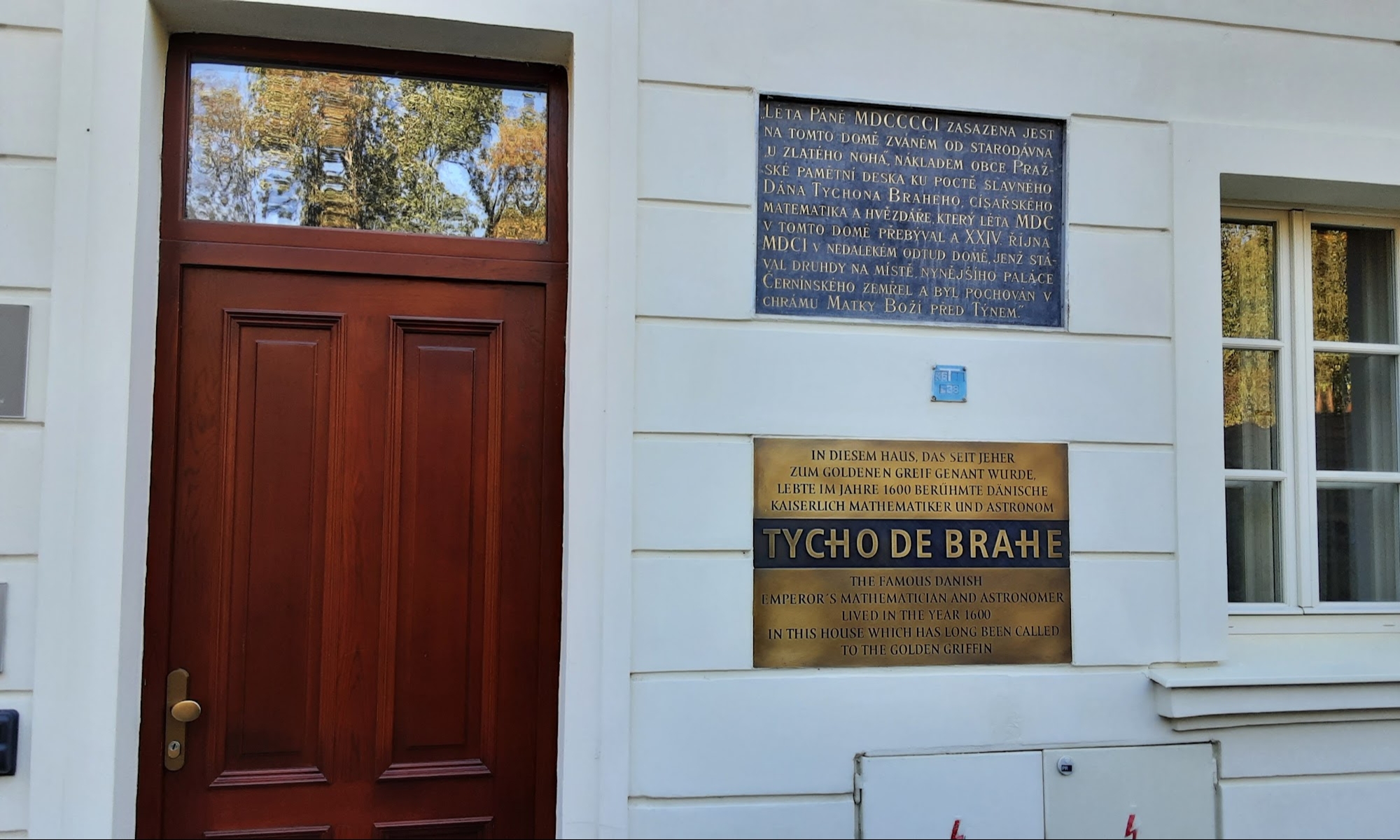 I don't know the guy or his history, but if "de" is like in Romance languages it perhaps means "from/of". Cause the name to me sounds like Tycho of Prague but in another language. Not Dutch.
P

Czech
It was probably added in Prague to indicate his noble status. Many people had "von" to distinguish themselves from the not noble people.

If it doesn't mean a noble status in Dutch, it does not have an origin in the Dutch culture. Thank you.

Czech
Can any of the following expressions indicate nobility in the Dutch culture?

peter0095 said:
The question is the origin of the "de" word in his last name. It appears in more languages, e.g. Dutch, Italian.
Click to expand...

In Italian he used to be known as Ticone, not Tycho de Brahe. It's true that we use de in surnames (both nobiliar or not) but not in that case.

Wikipedia states: "a spurious appellative form of his name, Tycho de Brahe, arose only much later." No reference. A Google search returned a lot of websites from the Czech Republic (Prague). Probably it is where that form originated.
G

Leuven - Belgium
English - UK
Such names as "de Brahe" (he was an astronomer I think) tend to get shortened, usually once they get famous enough to be listed in indices to books - Beethoven is technically "van Beethoven" and his name is also Dutch. Ludwig van Beethoven, but Beethoven for short. Von Suppé, von Weber in music as well.

Where there is a difference, or so I understand, is in that prefix "van". Capitalised it is not noble: "Van"; but in lower case it is noble: "van". I may stand to be corrected. In Belgium it's usually followed by a place name if the "Van" is joined to form one word - look on the map and you'll usually find it. Vanmalderen, for instance, from Malderen, near Dendermonde.
You must log in or register to reply here.
Share:
Facebook Twitter Reddit WhatsApp Email Share Link
Top