English
Hello! I'm not looking for a literal translation but rather the Chinese (simplified or traditional) idiom which is equivalent to the English "don't poke the bear" or "let sleeping dogs lie."

This idiom is used as a way of saying "don't make it worse." For example, if an angry customer is asking about a return and a coupon they have (but aren't going to use) is expired you wouldn't offer them that information if they weren't asking about it. You wouldn't "poke the bear" and make the situation worse.

Chinese-Mandarin and Shanghai dialect
I'd say "别惹麻烦", which literally meaning "stay away from trouble".

But given the case you present here, perhaps "别火上浇油" is better. That literally means "don't pour oil over fire".

philchinamusical said:
I'd say "别惹麻烦", which literally meaning "stay away from trouble".

But given the case you present here, perhaps "别火上浇油" is better. That literally means "don't pour oil over fire".
Click to expand...

Yes! This is similar to the French idiom.
Y

別打草驚蛇 may work as well. 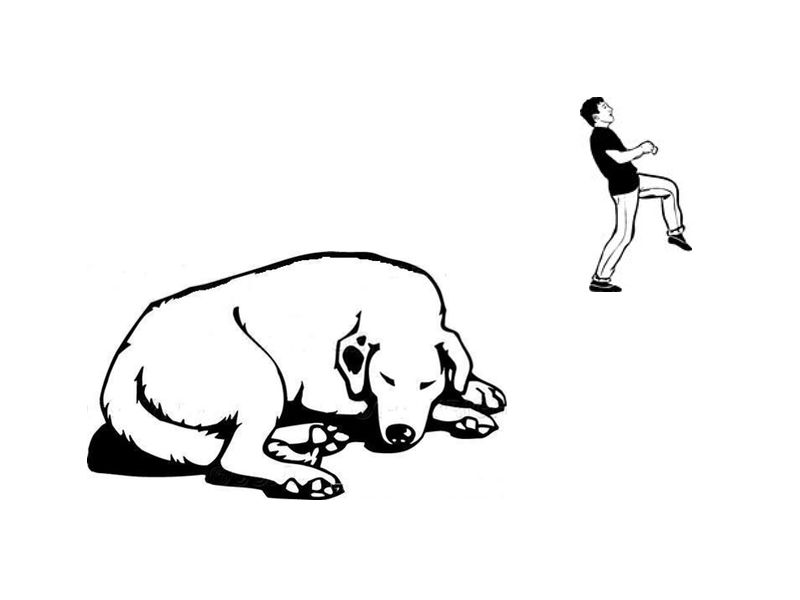 Mandarin
Given the examples you've made, I thought of one:

English
My coworker also suggested 别作妖 and 莫惹是非 but didn't offer roughly what they mean, but thought I'd add them.

“别作妖" sounds like belong to some southern dialects. It doesn't sound quite natural to people parts of China. Literally, I guess it means "don't make a drama".

"莫惹是非" is a little bit classical Chinese style. I guess perhaps it's from some dialects too. However, "是非" means trouble too.

English, 中文
This reminds me of a story/fable: 猴子救月. It's about a monkey that foolishly thought the moon was crumbling and decided to rescue it, but ended up getting hurt instead.

Another saying, this one in Cantonese: 阿茂整餅 (冇嗰樣整嗰樣). A-Mao makes pastries, every kind imaginable, regardless of the need/demand (or lack thereof) for it. It's used to describe someone who takes on a meaningless task because they have nothing better to do.

别没事惹事
Literally: "Don't cause trouble when you are not in trouble."