held up their four hands in confronting gestures of surprise

Quotation: Meantime, while I thought only of my master and his future bride—saw only them, heard only their discourse, and considered only their movements of importance—the rest of the party were occupied with their own separate interests and pleasures. The Ladies Lynn and Ingram continued to consort in solemn conferences, where they nodded their two turbans at each other, and held up their four hands in confronting gestures of surprise, or mystery, or horror, according to the theme on which their gossip ran, like a pair of magnified puppets.
===
Hi everyone! I don't quite understand the bold part. Does it mean "...held up their four hands, hand to hand without real touch, to express surprise..." ?

Connecticut
English - US (Midwest)
Something like what these women are doing: 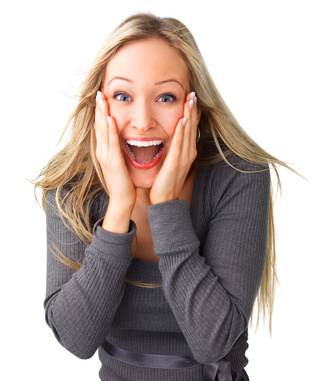 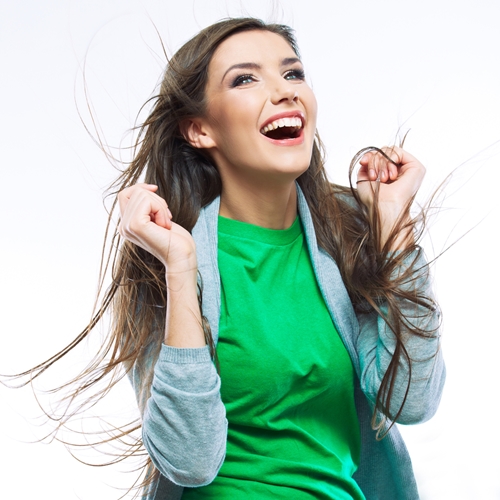