Aquitaine
English - Southern England Home Counties
Not possible!!! the pupils join hands OK ?? They then pass the circle/hoop round without letting hands go. What happens to their arms and bodies?
L

guillaumedemanzac said:
What happens to their arms and bodies?
Click to expand...

That's the team game! I suppose every pupil has to wriggle to pass his head, shoulders and legs through the hula-hoop and pass it to the next pupil, using their clasped hands (and their arms and shoulders) only.
There are usually two circles of pupils, because it's a speed competition.
Last edited: Aug 10, 2019
M 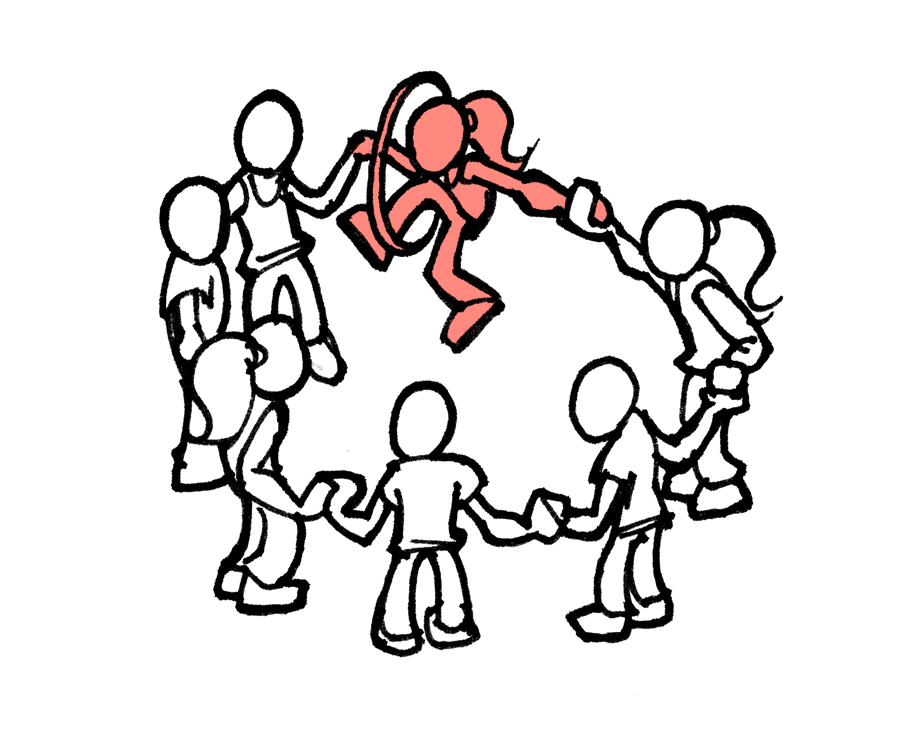 Nougatville
French
I don't understand the same game as in the pic.
M

near Limoges, Fr.
British English
That's how I imagine it, tartopom.
I played it many years ago and I think Laurent has the same game in mind.
Hélène will confirm (or not)
H

French
Hi all.
Thanks for all your suggestions.
In fact, I don't know if your picture, Moustic, is the way the game is played. Although I cannot add any picture, I think Tartopom's version is also the one I have in mind. In my opinion, the way I understand it, the children's arms are not not "in" the hula hoop. I understand the game as if the hula hoop is placed on the children's arms, as a hat would be put on one's head.

But as I did not create the game, in fact, I really don't know.

The teacher who "created" that game should be back in two weeks, so I'll ask her, and add a post to this thread, to make it really clear for everybody.

USA
English (British)
I think the game is played as in Moustic's little picture. It's a typical party game. What has caused the confusion, I think, is that, in the instructions, the writer has simply omitted one step. i.e. Two of the children have to stop holding hands, before the person in charge can perform the action in question! Perhaps she thought it was self-evident? But clearly, to those unfamiliar with the game, it was not. This is what I think is supposed to happen:-

All the children hold hands in a circle. Two of the children briefly stop holding hands; the person in charge holds the hoop out and they join hands again, through the hoop. The person in charge then lowers the rim of the hoop onto their joined hands, so that it is hanging down vertically from them. When the game starts, the children have to keep holding hands and pass the hoop around the circle and back to the place where it started. Obviously, as Laurent2018 pointed out, for the hoop to progress around the circle, each child has to climb through it.
Last edited: Aug 12, 2019
H

Thanks for all for your help and ideas!!!!!
M

near Limoges, Fr.
British English
Thanks for letting us know
H

French
You are so numerous to help me each time I need some help that I found that totally normal.

I don't know how to close a thread, but I think this one could be locked. Any Moderator?