San Diego, California, USA
English
I found this sentence on a Mexican news article discussing whether and when the border will be reopened given the restrictions of the pandemic. I am completely unable to understand why the past subjunctive ("huberian") is being used here.

USA / EEUU
English - US
I read it as an alternate way of saying "habrían," that is, "because [if so] they would have already issued the guidelines."

Español, México
As Newt says, it stands for habrían, as in 23.16z or 24.2s. For 2-part constructions, this works in the one we can squeeze a "THEN"

→ Cause, then, they'd have sent us the guidelines (IF they had chosen to open... SI hubieran... SI habrían)

habrían ~ hubieran mandado​
So it's unrelated to other threads about porque + SUBJ.
Last edited: Jul 22, 2021

In conditional sentences lots of Spanish-speaking people replace the condicional compuesto with the pluscuamperfecto del subjuntivo. Why? No idea, I've always thought that happens because there's not a big difference in pronunciation between those two forms. Thus, it's extremely common to hear Chileans say

As far as I understand, this is not correct from the point of view of prescriptive grammar (even though the RAE obviously "accepts" this and has found justifications for this), and I avoid using this tense in this kind of sentences, but lots of people do use it and do not even realize that usage is improper Spanish. Your sentence is an example of ellipsis, in which the omitted part is the actual unreal condition. The right thing to do there is to use the condicional compuesto, but lots of people would actually use the (improper) pluscuamperfecto del subjuntivo.

gvergara said:
(RAE obviously "accepts" this and has found justifications for this)
Click to expand...

( As in, they can go through CORDE, hubiera* in Consulta + Neruda / Borges / García Márquez ... in Autor

And then we can pretend a 100 examples would be enough. For people reading this later, it has less to do with any real resistance to hubiera cantado, and more with a Venn diagram of people like us, who'd go to a grammar forum & care about hubiera ~ habría cantado.

Personally, I value the sincerity of someone like Atahualpa Yupanqui, over a thousand hours I have spent on grammar.

Español, México
Oh, perhaps we should also translate for our friends.

For example in this passage, a demonstration 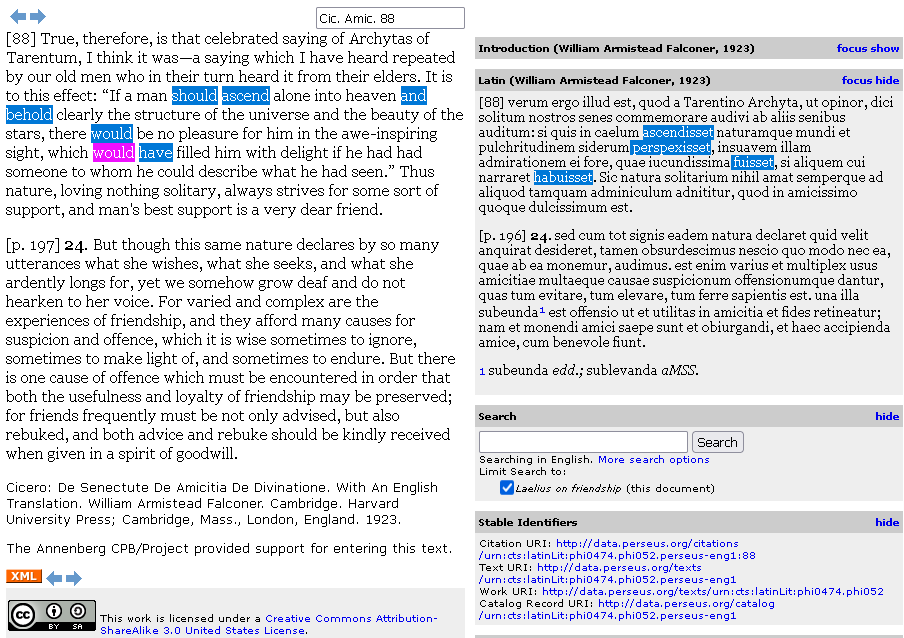 Then avía > ía (había > hía) was solded onto the infinitive (c) & the form in -ra (había amado in Latin) started replacing that -se. And centuries later it's still natural in these then-clauses. And today, reality aside, someone can claim the artificial habría is the only correct form, when that same -ía once stood for había.

gvergara said:
As far as I understand, this is not correct from the point of view of prescriptive grammar (even though the RAE obviously "accepts" this and has found justifications for this),
Click to expand...

Where, in your opinion, does "prescriptive grammar" come from? Who decides what is prescriptively correct and what isn't? You?

Peterdg said:
Where does "prescriptive grammar" come from?
Click to expand...

In this case, It is being used to describe a situation in the past that didn´t happen, like something hypothetical. So, for you to understand better why "hubieran" is being used in the text; it is like to say "if borders were opened for July 21, they would have sent the guidelines." (Third conditional)

So, after all that's been written here, do you now have a sense of why "hubieran mandado" is linguistically wrong?
You don't? Well, neither do I.
Because it's not wrong.
And yet some folks will tell you that only one form is the "correct form," and make that the hill they choose to die on.

So, what's going on here? Language/communication is not just a matter of grammar; pragmatics (i.e., language in the context in which it is used) also plays a major role in how we shape our thoughts and speech. Pragmatically, compared to their indicative counterparts, and all things being equal, all subjunctive forms attenuate/soften the message, meaning that "hubieran mandado" doesn't sound as blunt as "habrían mandado," as far as the speaker is concerned.

And, more to the point here, the subjunctive also adds a note of "obviousness." I googled your sentence, and a video showed up. In it, the man speaking, in saying that the border won't be open on the 21, sort of smiles and makes a hand gesture, suggesting "otherwise, isn't it obvious that they would have sent the guidelines already? duh!"

Now, if you are thinking, can't I attenuate the message, and add a note of obviousness, just as well with the conditional? Yes, of course. These are linguistic differences; in actual practice, by pragmatic means (tone of voice, facial gesture, hand movements, etc.), these linguistic differences cancel each other. And let's not forget that, one way or the other, with the subjunctive or the indicative (the conditional is really part of the indicative), the verb phrase "hubieran/habría mandado" is perfective in terms of aspect; either way, the action described by the verb phrase (the sending of the guidelines) is conceived as completed by the speaker.

And it is this perfective aspect that makes the choice of "hubiera" or "habría" irrelevant. The two choices, then, cancel each other by "pragmatics" and by the grammatical notion of "perfective aspect." Or, if you wish, the two forms are two sides of the same linguistic/pragmatic coin.

Most grammar books deal with grammar in a general manner; they superficially cover aspect and moods, and barely touch pragmatics, if at all. They try to keep things simple.

And that's too bad.

(And if you want to go down the linguistic path a little farther; keep in mind that the modern -ra subjuntive originates from the indicative in Latin. No wonder, then, that the -ra and -ría forms are often compatible.)

SevenDays said:
Because it's not wrong.
Click to expand...

Español, México
"It is correct. Here are the reasons, references, and authors."

"It is incorrect. Other incorrect things exist." Ext. ad infinitum.

Español, México
Well, I do think if English still had that hätte (had the Elector... guaranteed, so *had the author... answered), as in #33, fewer of our own natives would reject this benign idiosyncrasy, which simply replaced -se with -ra, on both sides.

Having another example of symmetry, in the dominant language, coexisting with would have. Of course, along quisiera, pudiera, debiera, which share that origin. As in other expressions in PT/Ga (quem dera, tomara que). Or completely natural constructions to some of our Caribbean friends (p). "Entre sus brazos me refugiara..."
Last edited: Jul 24, 2021

Chicago, IL
US English, Palestinian Arabic bilingual
In many years of speaking Spanish, this is the very first time I have ever come across the claim that the use of "hubiera" for "habría" is incorrect or problematic in any way. The one argument I've heard in this thread is that "we already have a form that fulfills that function, and the imperfect subjunctive has other uses." That's not the way languages work. "hubiera" happens to be available as an optional substitute for the conditional. There's no rule that puts limits on what functions each form is allowed to have.

I recently watched a video by a native speaker of Spanish who creates videos on various topics related to Spanish and does extensive research for each one. Her videos are always very accurate, and I can't recall a single error in any of them. The video I'm referring to was about the differences in use between the -ra forms and the -se forms for the imperfect subjunctive. She mentioned that one of the few differences was that "hubiera," and not "hubiese," can be used for "habría." This shows that this is a rule-governed usage. If it were just some random error produced by people who simply don't know better, why would "hubiese" not be possible, given that 99% of the time the -ra and -se forms are totally interchangeable?

The fact that this use is abundantly attested in real native usage casts major doubts on the claim that it is incorrect. The very notion that something that is consistently used by a large number of native speakers of all stripes can be "incorrect" is hugely problematic. Languages evolve and develop organically, and it's the users of a language that determine its rules, not the rules that determine how usage should be. This is the relevance of "vos" and "no sé si pueda." One could make similar arguments against these uses, and those arguments don't hold any more or any less water than the arguments we are hearing against "hubiera" as a conditional.