Source: It by Stephen King

In this scene, the character is at a pawnshop. The proprietor has a barber pole on display.

USA / EEUU
English - US
Who's offering a deal on the post, the pawnbroker or the other character? "Pole" is perhaps a bit more specific than "post," but they're fairly similar.
J

English - United States
A post is generally a part of a structure or piece of furniture that's set upright as a support. A barber's pole isn't generally used as any kind of structural support, but it is set upright.

Of course, there are also purely decorative posts, such as many bed posts. I suppose a barber's pole is sort of like a bed post.

USA, English
Nowadays, if you can find a barber shop they will generally have a wall mounted barber pole. But when I was growing up in the Bronx the barber shops had a floor mounted pole in front of the shop as advertising. Some were lit, and some had revolving stripes.

I think the ground mounted poles could be called "posts". 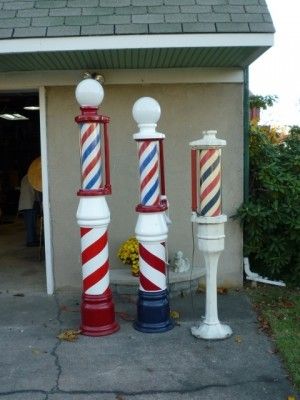 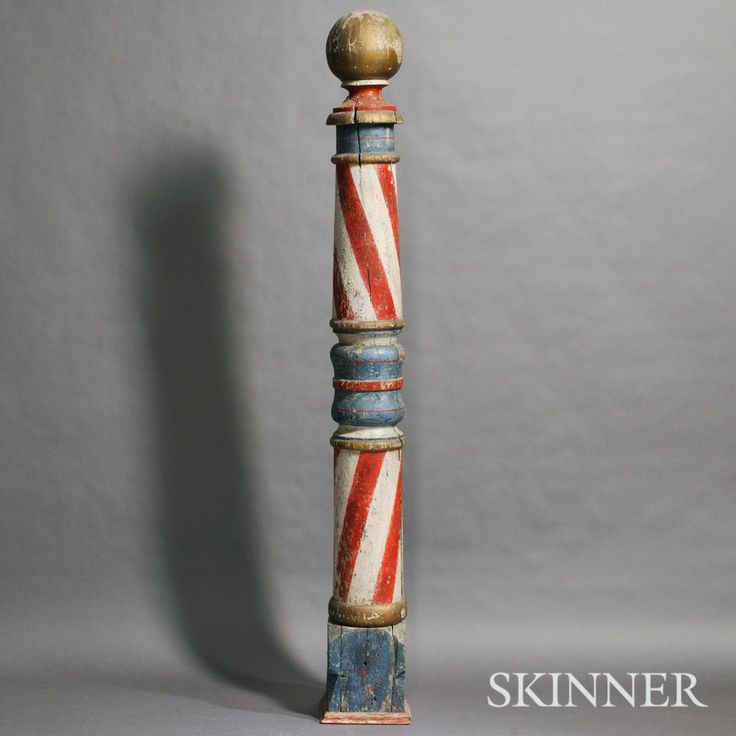 Northwest England - near Blackburn, Lancashire
British English
Note that when the pole is revolving the spiral stripes should be winding downwards.

Rover_KE said:
Note that when the pole is revolving the spiral stripes should be winding downwards.

I did not know that. My old barber used to repair bicycles as well as cut hair. He also promoted bicycle races and donated free reconditioned bikes to poorer children. No bloody pole though. 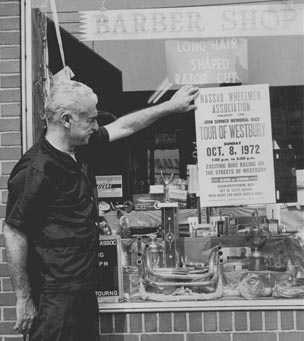 Rover_KE said:
Note that when the pole is revolving the spiral stripes should be winding downwards.

They did rather more than pull teeth. Wiki:

The barber surgeon is one of the most common medical practitioners of medieval Europe – generally charged with looking after soldiers during or after a battle. In this era, surgery was not generally conducted by physicians, but by barbers (who of course had a sharp-bladed razor as an indispensable tool of their profession). In the Middle Ages in Europe barbers would be expected to do anything from cutting hair to amputating limbs. Mortality of surgery at the time was quite high due to loss of blood and infection. Doctors of the Middle Ages thought that taking blood would help cure the patient of sickness so the barber would apply leeches to the patient. Physicians tended to be academics, working in universities, and mostly dealt with patients as an observer or a consultant. They considered surgery to be beneath them.[1]
Click to expand...