Republic of Korea Korean
Hello everyone. I would like to know what "saffron detective stories" means in the following sentences:

The air was nauseatingly thick. Kennicott turned her face from the window, rested her head on his shoulder. She was coaxed from her unhappy mood. But she came out of it unwillingly, and when Kennicott was satisfied that he had corrected all her worries and had opened a magazine of saffron detective stories, she sat upright.

Carol and Kennicott, the newly married, enjoyed their honeymoon in Colorado mountains and were now on the train heading for Gopher Prairie, Kennicott's hometown. During the journey, nevertheless, Carol witnessed that the small towns they had passed were so ugly, and their inhabitants were so "sunk in the mud," according to her expression. So she discussed this problem with Kennicott, who was amazed listening to her opinion because he didn't think anything at all looking at those same towns ever since his childhood. So he just tried to soothe her by resting her head on his shoulder.

In this part, I could not be sure about the color of the detective story magazine.
When I read "detective stories," I instantly thought of "giallo," but when I searched the color of saffron in Google, the images showed me a bluish-purple color: 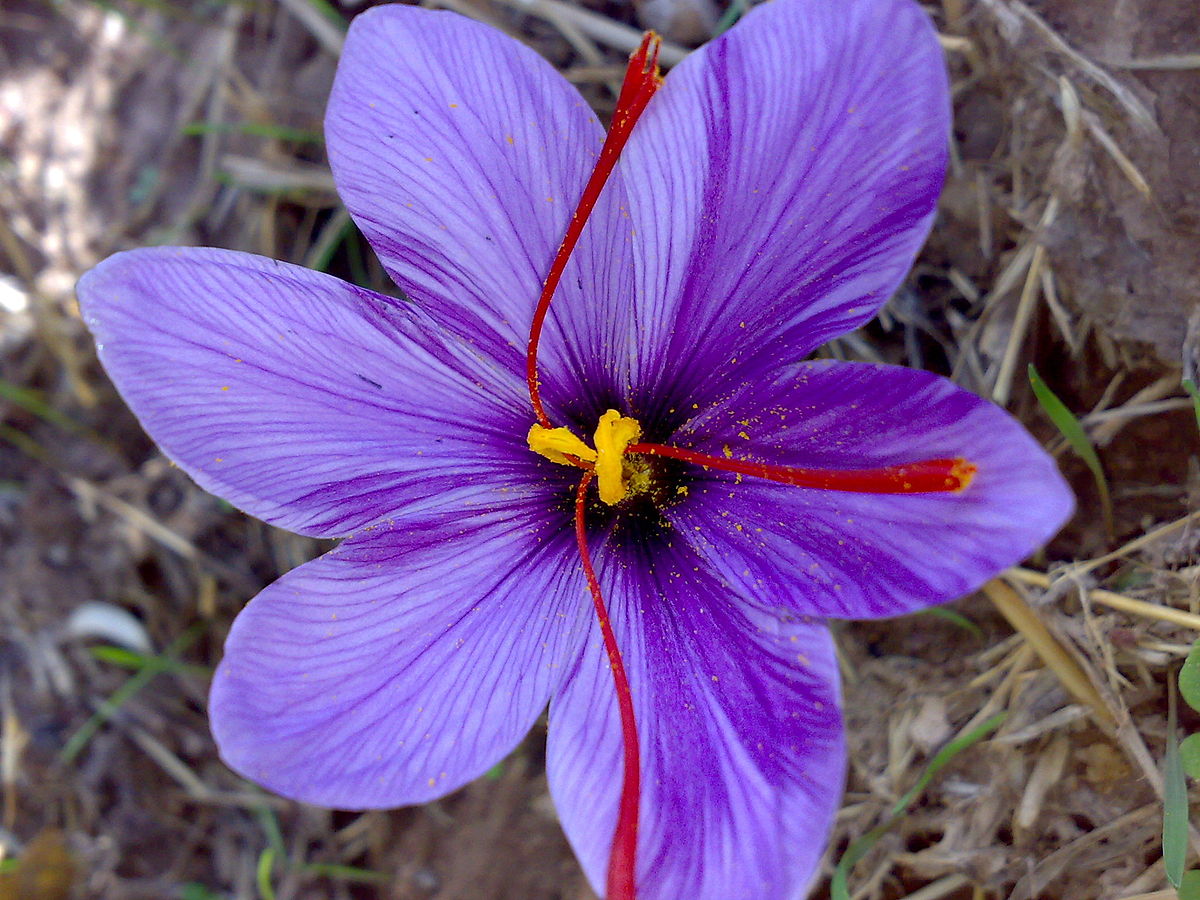 so I became confused.
What does the "saffron" color in this context?

London
English - England
As a colour, saffron is orangey-yellow (like the spice). I have no idea what it means with regard to detective stories.

Thank you very much for the explanation.
So the color of the magazine was orangey-yellow.
I truly appreciate your help.

Northern California
AE, Español
Possibly "saffron" is intended to suggest exoticism and foreign locales.
More likely, "saffron" is a fancy way of saying yellow, which can mean "(of a newspaper, reporting, etc.) emphasizing sensational details, often by distorting or exaggerating the facts."

It could be that the use of saffron is intended to describe a slightly more refined or upscale version of such "yellow journalism," but that would be perhaps too subtle a wording.

Tea Addict said:
When I read "detective stories," I instantly thought of "giallo," but when I searched the color of saffron in Google, the images showed me a bluish-purple color:
Click to expand...

You have found an image of the entire saffron crocus flower. The spice saffron is made from the stamens of the flower, not the blue petals.

When you add a small amount to white rice, you get this color: 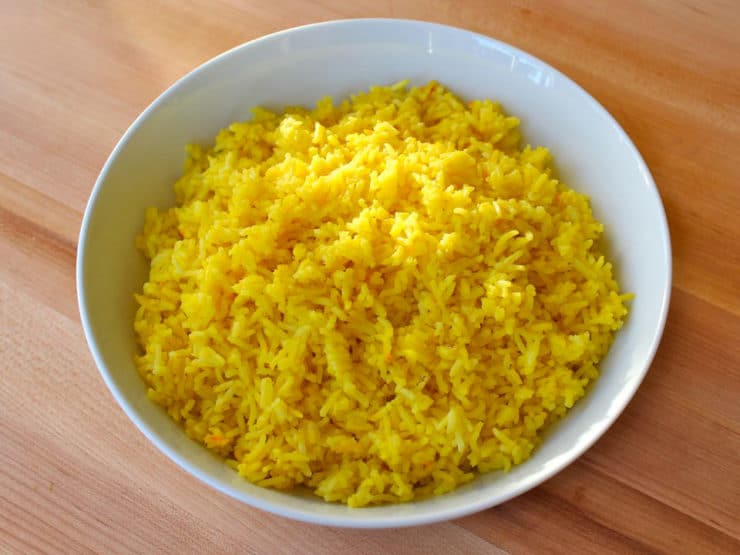 Thank you very much for the explanation.
So "saffron" was just a different (fancy) way to say "yellow," because the stamens of the saffron flower produced yellow color.
And the color yellow was also related to the definition of yellow journalism.

The picture of the saffron rice made me hungry! It looks so yummy.
I truly appreciate your help, for making me grasp the meaning.

English - U.S.
That was my sense, too. It was another way of saying sensationalistic detective stories with lurid details.
H

English - US and Canada
Maybe the detective stories were printed on cheap paper, which turns yellow and brittle with time. Or the cover of the magazine could be yellow.

UK
English - England
There was a cheap (and often sensational) type of book called a "yellow-back" or "yellowback" sold in Britain starting in the 1840s and continuing until the late 19th and possibly early 20th centuries, which was sparked off by the development of railway travel. This does seem to be connected to the idea of sensational yellow journalism.

Developed in the 1840s to compete with the "penny dreadful", yellow-backs were marketed as entertaining reading. They had brightly coloured covers, often printed by chromoxylography, that were attractive to a new class of readers, thanks to the spread of education and rail travel.

Nowadays yellowback books are a rare collector's item but back in the late 1800's they were a common sight on Britain's railways. Yellowbacks are an incredibly important part of the history of WHSmith, cementing our place in the books and rail industries, and we are very proud of the role we played in bringing books to the masses. This is a special yellowback edition of The Adventures of Sherlock Holmes by Sir Arthur Conan Doyle.
The Adventures of Sherlock Holmes (WHSmith 225th Anniversary Yellowback Edition) 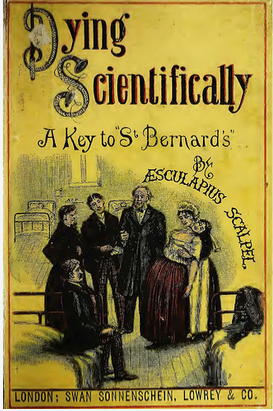 UK
English - England
It seems that the American version of yellowbacks were the saffron-covered dime novels first published by Beadle and Adams. 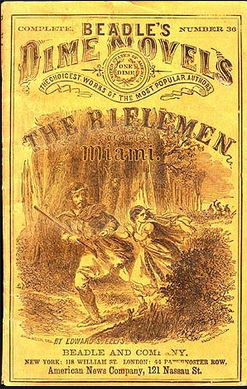 Among the dozens of publishers who issued dime novels, there were only five who produced them in any significant quantity or for any length of time. Beadle and Adams pioneered the form...

Who read the dime novels? According to the advertising and the contemporary press reception, the saffron-covered Beadles were read by literate adults, the same people who read James Fenimore Cooper, Sir Walter Scott and the Bronte sisters.
The Dime Novel Companion

Therefore it seems that the woman in the OP is reading a magazine containing crime stories of this type.
Last edited: Aug 24, 2018

Thank you so much for the detailed explanation about the history of yellow journalism and yellow-backs; I didn't know that the saffron detective stories had such a deep history!
So yellowbacks enjoyed great popularity especially in the 19th century, and the yellow journalism was coined from the yellowback.
I appreciate your help, from the bottom of my heart, for letting me learn new things and read the literary work more deeply.
You must log in or register to reply here.
< Previous | Next >
Share:
Facebook Twitter Reddit WhatsApp Email Link
Top