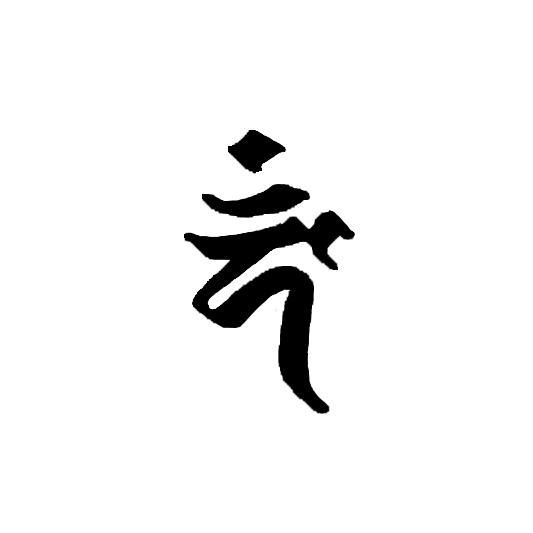 Hey everybody, can anyone tell me, what language that is and what it means? I can’t figure it out. Thank you all!

American English
It's an "om/ōm" (pronounced like the word "home" without the H).

The symbol is derived from the phonetic spelling. The dot & short stroke together at the top is a diacritic which indicates a nasal consonant after the vowel it's used with ("n", "m", "ng" depending on the following consonant, or "m" if there's no following consonant), and the rest of it below that is the vowel "o", or an abstract derivation from it. Because "ōm" is used for non-phonetic meanings, people drawing it in religious art have been free to let its shape wander away from the shape of the letter + diacritic, but in most versions it's still sort-of close.

People say it slowly & repeatedly during meditation, or add it at the beginning and/or end of mantras or other religious sayings such as quotations from the Vedas. Its significance is related to the sound itself, not the meaning of a word with that sound, so the concept has been easy to pass from language to language. Its usage originated in Hinduism but has also been inherited or adopted from there by Buddhists, Jainists, Sikhs, and others. Explaining precisely what it means, and how one interpretation or explanation differs from another, would require somebody more familiar with those religions & philosophies than me.
Last edited: May 27, 2019
S