Spanish - Spain
Hej!
How would you translate "lotsbyggnaden" to English? I could not find any translation. I saw some pictures about it and it seems to me like a building where a sailor could live and look out for other boats...? I appreciate if somebody could help me with this term. Thank you!

New York
Swedish
So "lots" according to google translates into "pilot" but their function is to guide foreign ships through local waters to dock in a harbor (verb: "att lotsa"). So rather than "pilot" they're more of a "guide" as far as I know.

As for an actual translation either directly to Spanish or indirectly through English I don't know. It's possible that the construction of "lots" and "byggnad/hus/etc." is uncommon outside of Scandinavia. Hopefully though the above can 'point you in the right direction'...
R

Oslo, Norway
Norwegian
I did not know this before, but "pilot" is actually the English translation of the Swedish word "lots" (Norwegian "los"). It is in the WordReference dictionary under "pilot": pilot - WordReference.com Dictionary of English

2. [Naval Terms] a person qualified to steer ships into or out of a harbor or through difficult waters.
Click to expand...

So "lotsbyggnaden" is the house of the person whose job was to steer ships safely into the harbour.
M

I'd guess not many native English speakers do either.

I first encountered it in the Gilbert and Sullivan operetta "The Pirates of Penzance" where, due to a misheard instruction, a young lad was made apprentice to a pirate rather than a pilot. So be careful when using it!
M

Spanish - Spain
Thank you! Now I know better.
Thanks to your help I could find the term in Spanish.
So the Spanish translation of "lotsbyggnaden" would be "caseta de práctico de puerto".

nordiskaspanjor said:
So the Spanish translation of "lotsbyggnaden" would be "caseta de práctico de puerto".
Click to expand...

I don't speak Spanish much, but does "practico" imply either "pilot" or "guide"?

I would guess that in practice a "lotsbyggnad" is likely to be a building in which the pilot can remain for longer periods of time, often outfitted with amenities to make food or drinks, perhaps to rest and so on, and on the other hand I would expect that "lotsutkik" would require a good view of the coastline at minimum and might not require those other amenities.

Here's an example of a "lotsutkik" from the south-east of Sweden: 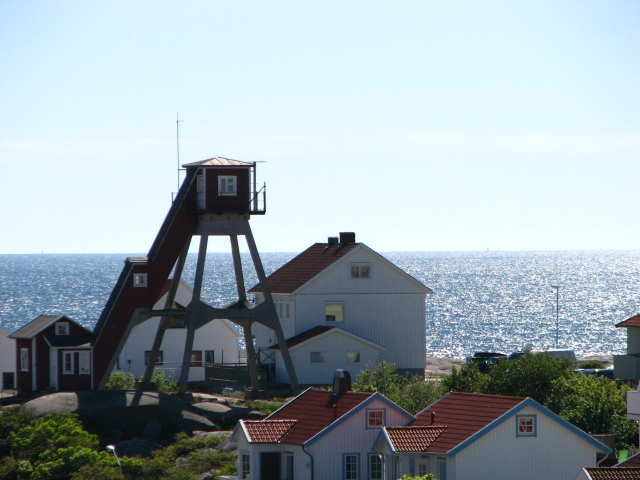 In that case I would imagine that the "lotsutkik" is the elevated structure, a building in a sense, from which the pilot can monitor the water. But you can also see how the stairs lead down to a little cabin, and so the question is if in this case we'd call both a "lotsbyggnad" or just the one on the ground level. My hunch is that the two would be separated into the "utkik" (elevated) and then probably use something like "stuga" to create "lotsstuga" for the one on ground level.
M

New York
Swedish
Oh, and in case you weren't aware: