take the shadow away

italy/italian
Hello,
I am translating a short essay by Teju Cole on Switzerland and photography.
There's one sentence I can't make sense of:

This was the age of firsts: The first photograph containing a human being, the first photographic self-portrait, the first aerial photograph, the first news photo (it showed a man being arrested). You couldn’t have your photograph taken in 1825, but by 1845, there were thousands of photos, of people, things and places. Light from the world could be fixed on a surface: It was possible to take the shadow away from the body and show it elsewhere.

Take the shadow out of what and show it where? I am afraid I don't get it.
Thanks to anyone who has time ti answer my query...
ciao
diana

USA, English
If you aim the light at a subject the shadow will appear on the opposite side from the light. But with airbrushing it is possible to eliminate the shadow entirely or put a shadow in another place. Nowadays we do this digitally, but back then they did it with pencils, charcoal and other media. They would do this on a print and then photograph the print again and make new prints from this negative of the doctored print.

Anyone with an eye for light will recognize when this has been done but most of the world will be fooled.
D

italy/italian
well, I thought the whole sentence had some kind of metaphoric meaning, but it was actually about the possibility of taking out the shadow from a picture.
Thank you so much for your very detailed - and useful - explanation.
d

diait said:
well, I thought the whole sentence had some kind of metaphoric meaning, but it was actually about the possibility of taking out the shadow from a picture.
Thank you so much for your very detailed - and useful - explanation.
d
Click to expand...

On re-reading I think they were referring to artificial light (flash) as opposed to sunlight. A flash will hide the shadow behind the subject.

Here is a photograph taken in a studio. The light source is high and to the right aimed at the subject. The shadow is buried behind the subject and is out of view in the photo. 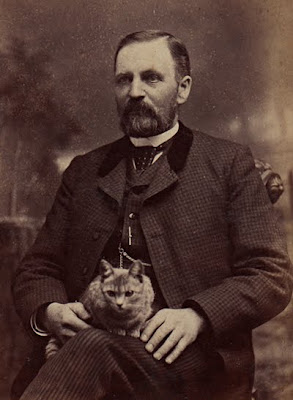 italy/italian
Light from the world could be fixed on a surface: It was possible to take the shadow away from the body and show it elsewhere.

Light from the world - means natural light, right?
I confess I am still confused, because I don't understand how open air photography, with sun light, natural light, means that you can take the shadow away from the body etc.

Texas
English - US
Light reflected off objects in the world could be fixed (permanently attached) to the flat surface of the photograph.
D

italy/italian
Thank you Myridon,
but how is the first sentence (light reflected off the world coul be fixed on a surface) linked to the second (take the shadow out of the body and palcing it elsewhere, as Packard wrote)?

Texas
English - US
It's a separate sentence. Both sentences are about photographs.

uk
Arabe
i agree with u Myridon
D

italy/italian
Then I think it was the colon that got me confused.
In Italian we use it in a different way (often to clarify and/or elaborate on the meaning of the previous sentence).
Thank you all.
Last edited: May 7, 2016
D

italy/italian
Also, someone else, on the Internet, offers this interpretation:
This can mean different things to different people. For me, I understand it to mean that in the age of photographs, people, places, and things were now able to be captured and frozen on paper — that someone could take a picture of a person — capture or “steal” a piece of them (like their shadow) — and display it on a photograph.
You must log in or register to reply here.
Share:
Facebook Twitter Reddit WhatsApp Email Share Link
Top