The folder you sent wouldn’t <fit in the envelope>

Mandarin
Does it mean "the (computer) folder you sent your envelope is full. So your envelope (the novel Harry Potter series) will be rejected automatically by the system"?

Thanks in advance
++++++++++++++++++++++++++++++++
To add insult to injury, the agent also held onto the folder she submitted her work in, Rowling wrote on Twitter, in response to a question from a fan who asked if she would “ever get nervous emailing agents” when she first started out.

“The first agent I ever queried sent back a slip saying ‘My list is full. The folder you sent wouldn’t fit in the envelope,” replied Rowling. “I really minded about the folder, because I had almost no money and had to buy another one.”

Texas
English - US
She sent a copy of her work on paper in a physical folder. The folder (which was bigger than the paper) was too big to fit in the physical envelope so they just returned the work and not the folder. She had to buy another folder. 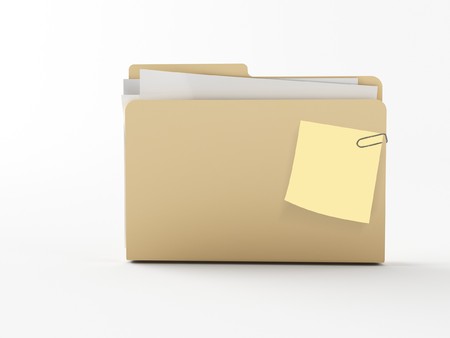 Mandarin
It is crystal clear now.