Republic of Korea Korean
Hello everyone. I would like to know what "the kiwi-tile fish" means in the following sentences:

I noticed that she had sorted the appetizers in pairs and placed them in neat little rows around the plate, as though she’d carefully lined them up for Noah’s ark—her way of making up for neglecting the punch, I thought. The tuna-avocado miniature rolls—male and female—the kiwi-tile fish—male and female—the seared scallop with a sprig of mache on a bed of slithered turnips with tamarind jelly and a dab of lemon rind on top—male and female made He them. No sooner had I told her why the extravagant miscellany had made me smile than I realized there was something daring in my remark about the paired appetizers that were about to propagate and fill the earth—except that before I had time to backpedal, I caught something else neighboring this idea that moved me in my stomach as if I’d been buoyed up and let down on a high wave: not male and female, not male and female shifting on the cold banks of the Black Sea, filing up to book passage on Noah’s Circle Line, but male and female as in you and me, you and me, just you and me, Clara, waiting our turn, which turn, whose turn, say something now, Clara, or I’ll speak out of turn and I haven’t had enough to drink to find the courage to say it.

This is a novel published in the United States of America in 2010. The protagonist meets Clara at a New year's eve party. Here, Clara brought the protagonist some appetizers. The appetizers are square fragments in pairs.

In this part, I wonder what the underlined expression means.
When I googled "kiwi tile fish", I found this kind of images: 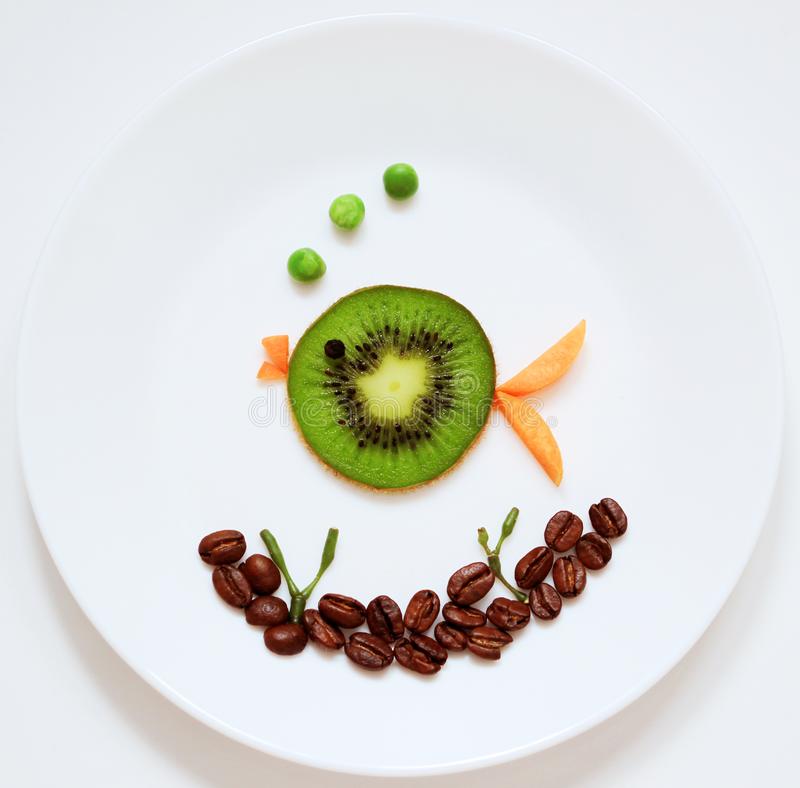 But I am not sure whether "kiwi-tile fish" really means that the fruit kiwi is used like a tile to form a fish shape, rather than meaning a real fish.

Colorado
English-US
Tile fish is a common name for a real species of fish. Here is brief description of the fish from an internet search:

Tilefish, sometimes known as “the clown of the sea,” are colorful. They are iridescent blue-green on the back, with numerous spots of bright yellow and gold.

Kiwi-tile fish probably refers to a combination of fruit and fish, just as tuna-avocado does.
Last edited: May 21, 2022

Thank you very much for the explanation.
Oh, so it was the combination of the fruit kiwi, and the tile fish!
There was a slice of a tile fish, and on top of that or around that, there was also a slice of the fruit kiwi. The "-" is inserted probably because the kiwi and the tile fish together formed a single piece, rather than existing in a separate manner.
I truly appreciate your help, for letting me understand.
You must log in or register to reply here.
Share:
Facebook Twitter Reddit WhatsApp Email Share Link
Top