turning in on itself

China Shanghai
Chinese
Hi everyone! I don't understand the phase "turning in on itself" here. What does it mean?

the context is as follows:
===
This April, as undergraduates strolled along the street outside his modest office on the campus of the University of California, Los Angeles, the mathematician Terence Tao mused about the possibility that water could spontaneously explode. A widely used set of equations describes the behavior of fluids like water, but there seems to be nothing in those equations, he told me, that prevents a wayward eddy from suddenly turning in on itself, tightening into an angry gyre, until the density of the energy at its core becomes infinite: a catastrophic ‘‘singularity.’’

Southern England
English - England
I think the suggestion is that many forces in the water start acting in towards the centre. 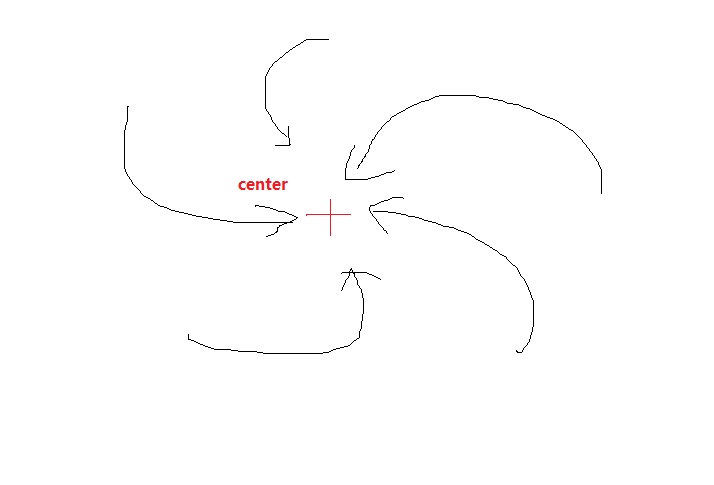 Southern England
English - England
I've no idea if that is what it's like, but it's what the English suggests to me.