Working in the cartouche of a technical drawing

I'm currently translating a technical drawing (the author is a not a native English speaker). In the cartouche of the drawing, under the line containing expressions like 'created by', 'checked by' etc., there's the word 'Working'. In another file the same box contains the word 'Released'. I'm wondering whether 'Working' hints to a stage preceding release i.e. if this is a sort of preliminary drawing...
Can anyone explain?
Thanks!


zapzap said:
I'm wondering whether 'Working' hints to a stage preceding release i.e. if this is a sort of preliminary drawing...
Click to expand...

USA, English
I have only come across "cartouche" very infrequently, and on those rare occasions it had something to do with hieroglyphics.

I would have to look it up in the dictionary to get an accurate definition. 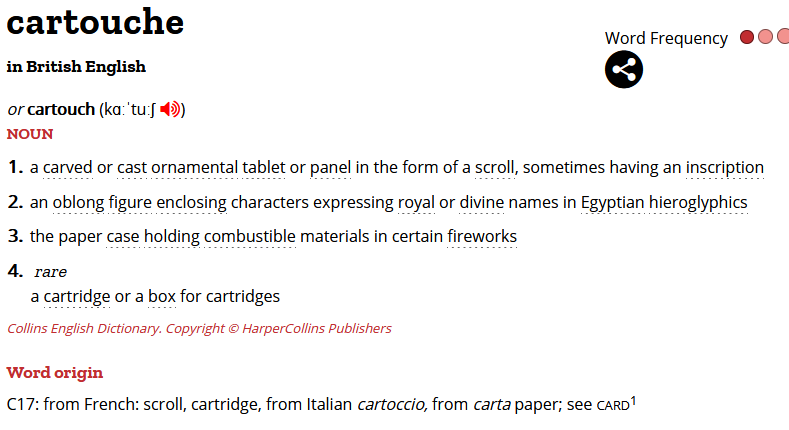 Rome
Italian
Hi:
There's a reference in the French-English forum of WordReference:

In engineering, a cartouche drawing means a Title Block. This refers to the square in the bottom right hand corner of a technical, engineering or architectural drawings containing the pertinent information on the plan, the draftsman, title, document version, etc.

London
English - South-East England
Very interesting: I also only know 'cartouche' as the balloon containing Egyptian royal names. So we need an engineer to come along and answer this; your understanding of 'working' and 'released' sound plausible in that context, but it might be technical terms the rest of us don't know.

USA, English
So in this part drawing the areas I outlined in red would be the "cartouche"? In American toolrooms we call this the "title block". It includes some information not on the print such as material specifications, draftsman's name; date it was drawn; who checked the drawing; tolerances, etc. 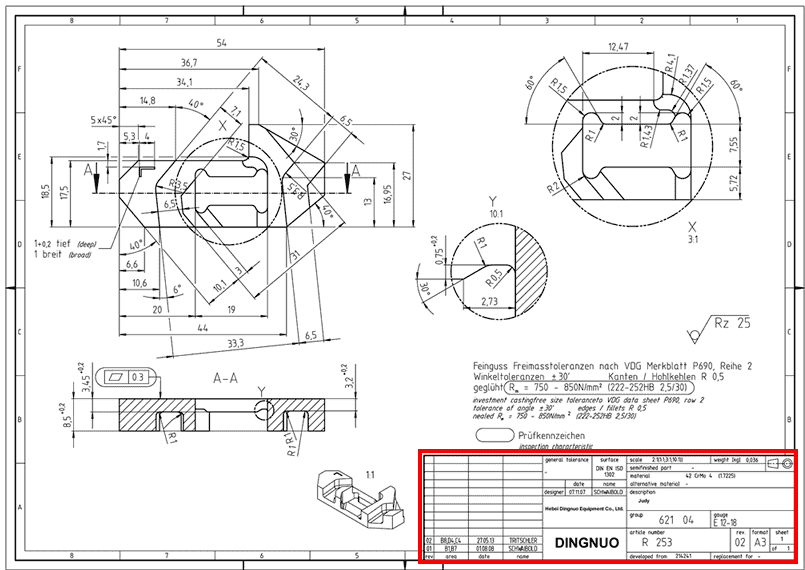 Rome
Italian
Exactly, cartouche (from French) or title block. The title block that I'm meant to translate is similar to the one of the picture above...

English - U.S.
I wouldn't use cartouche in English.

"Working" is far less clear. Ordinarily, a working drawing is one actually used for making something. This ought to be a "released" drawing so far as document management is concerned, but depending on the nature of the work, it might be a particular printed copy that gets updated as problems are encountered or changes are decided upon while carrying out the work. These may then get incorporated into a new revision of the drawing (which will also be released after having been checked), which might then be called the "as built" drawing.

However, I don't think I have ever seen an expression like "working" or "as built" included in the title block, except for "as built" being part of a drawing's title. Therefore I wonder if "working" really means "draft", which is a drawing that is still in the process of being created or reviewed, and has not yet been released.

USA, English
Our company sometimes receives prints with "Preliminary; for quotation purposes only". And then later "approved" or "approved for production".

Rome
Italian
Thanks to all of you! The problem with material written by non-native English speakers is that you never know: is it a word for 'specialists only' or just a 'wrong' word? I'll consider 'working' = preliminary.
L

kentix said:
I wouldn't use cartouche in English.
Click to expand...